Seasonality in the Housing Market via National Association of REALTORS® Data

Approaching Seasonality As a Home Seller

If you’re a seller, it usually means you’re a buyer. For a lot of people, this means you do not have the luxury of selling when everyone else is buying and buying when everyone is selling, because you need a home to live in during that gap. Additionally, as a seller, you want to be able to sell in a peak market when everyone’s getting eyes on your property and demand and pricing is high. However, if you don’t immediately need the proceeds from selling your home to go into the purchase of your next, then buying in the winter, setting up a short-term living arrangement – whether that be leasing, temporarily moving in with others or something else – and then selling in the spring, is a great way to maximize the trade between what you’re selling and what you’re buying.

Every year, transactions and prices tend to be above-trend in the summer while activity typically slows down in the winter. Seasonality plays an important role in the housing market since it has an impact on the housing demand and supply. In this post, we exclusively look at the (raw) non-seasonally adjusted numbers for existing home sales and prices to compute the extent of seasonality across the United States.

Since 1999, the National Association of REALTORS® has been releasing the existing home sales activity and prices each month. The statistics are accompanied by announcements which indicate the prior month’s activity:

“Total existing-home sales, which are completed transactions that include single-family homes, townhomes, condominiums and co-ops, increased 1.9 percent from October to a seasonally adjusted rate of 5.22 million in November.”

These headline figures are seasonally adjusted figures and are reported in the news.  However, using the example above, this was not the actual number of sales in November but the number of sales after adjusting for seasonality. For everyday practitioners, simple raw counts of home sales are often more meaningful than the seasonally adjusted figures.  The raw count determines income and helps better assess how busy the market has been. 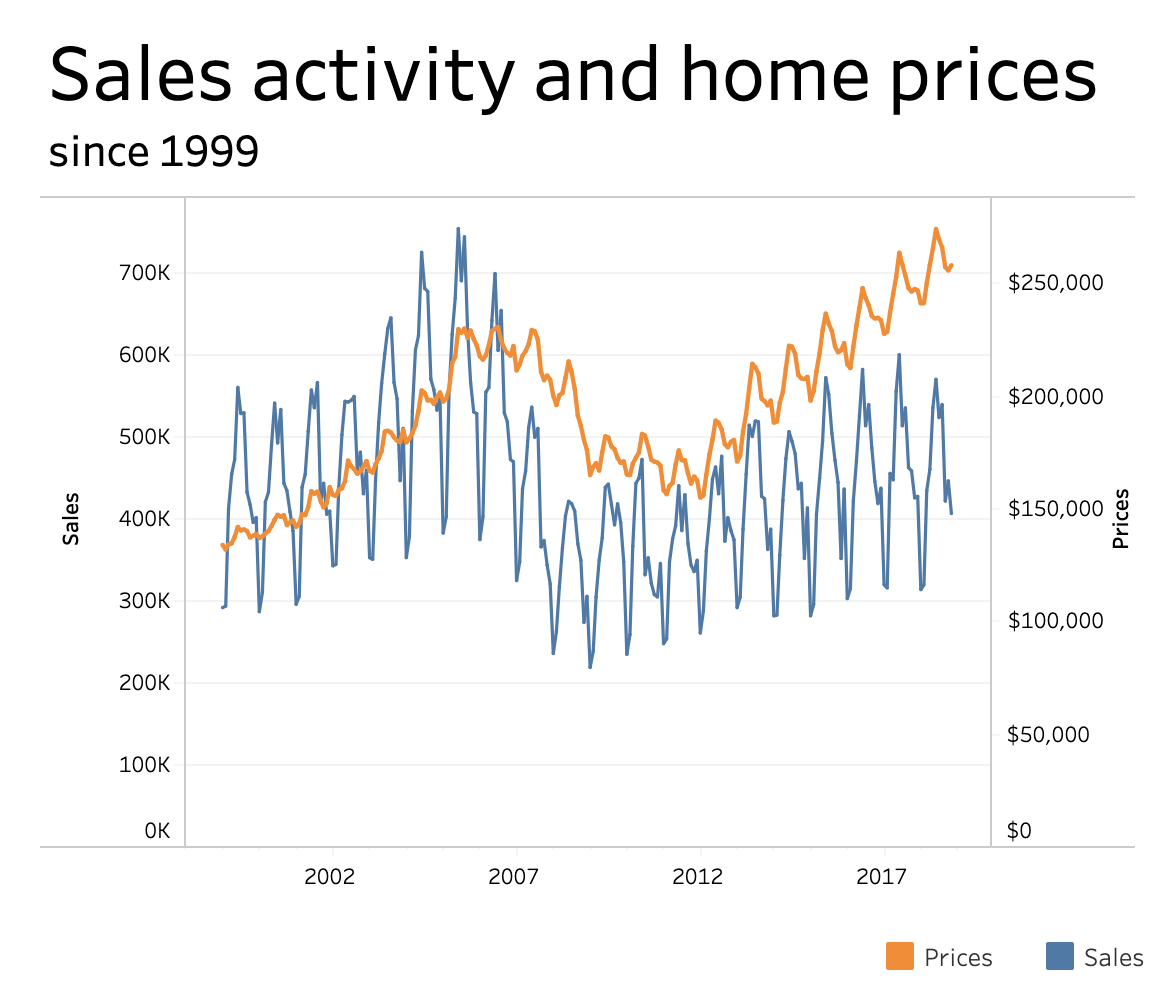 Both sales activity and prices follow the same trend. The number of home sales increases significantly in the spring season. Specifically, sales activity between February and March typically increases by 34 percent while prices rise by 3 percent. Sales continue moving upward in the following months, but it is interesting to see that the busiest home selling months are May, June, July and August. The average number of transactions during this four-month period is 2.1 million and accounts for 40 percent of the annual sales volume. Among these four months, June is typically the peak month of home selling activity.

In contrast, the slowest months of selling activity are November, December, January and February. When we compare the sales in the peak season with the activity in the slow season, we see that the total number of sales in the slow season accounts for 68 percent on average of the total activity in the peak season. For instance, the total sales volume was 2.2 million during May 2017 – Aug. 2017 while the number of sales was 1.5 million during Nov. 2017 - Feb. 2018. Among these four months, January is typically the slowest month of home selling activity. 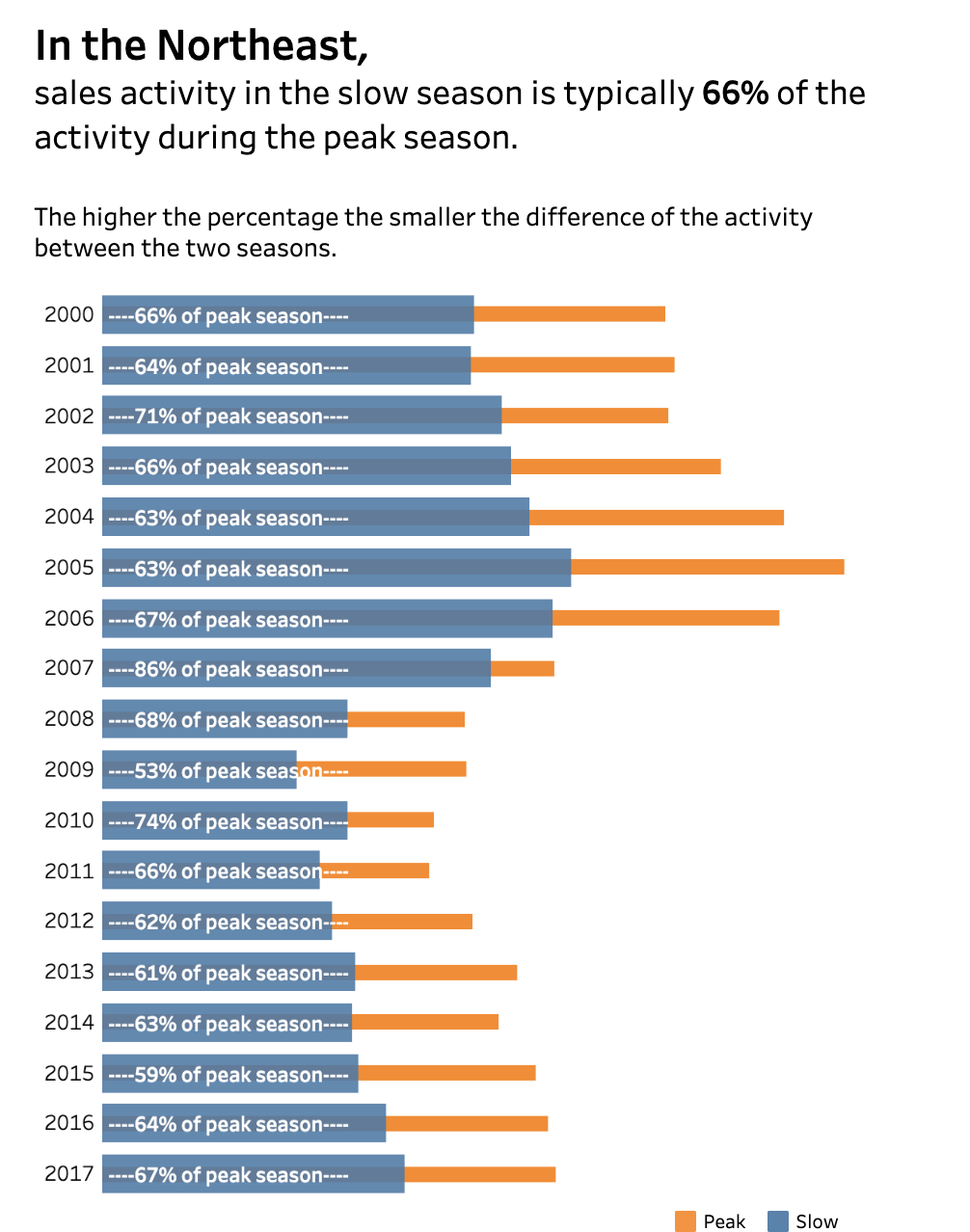 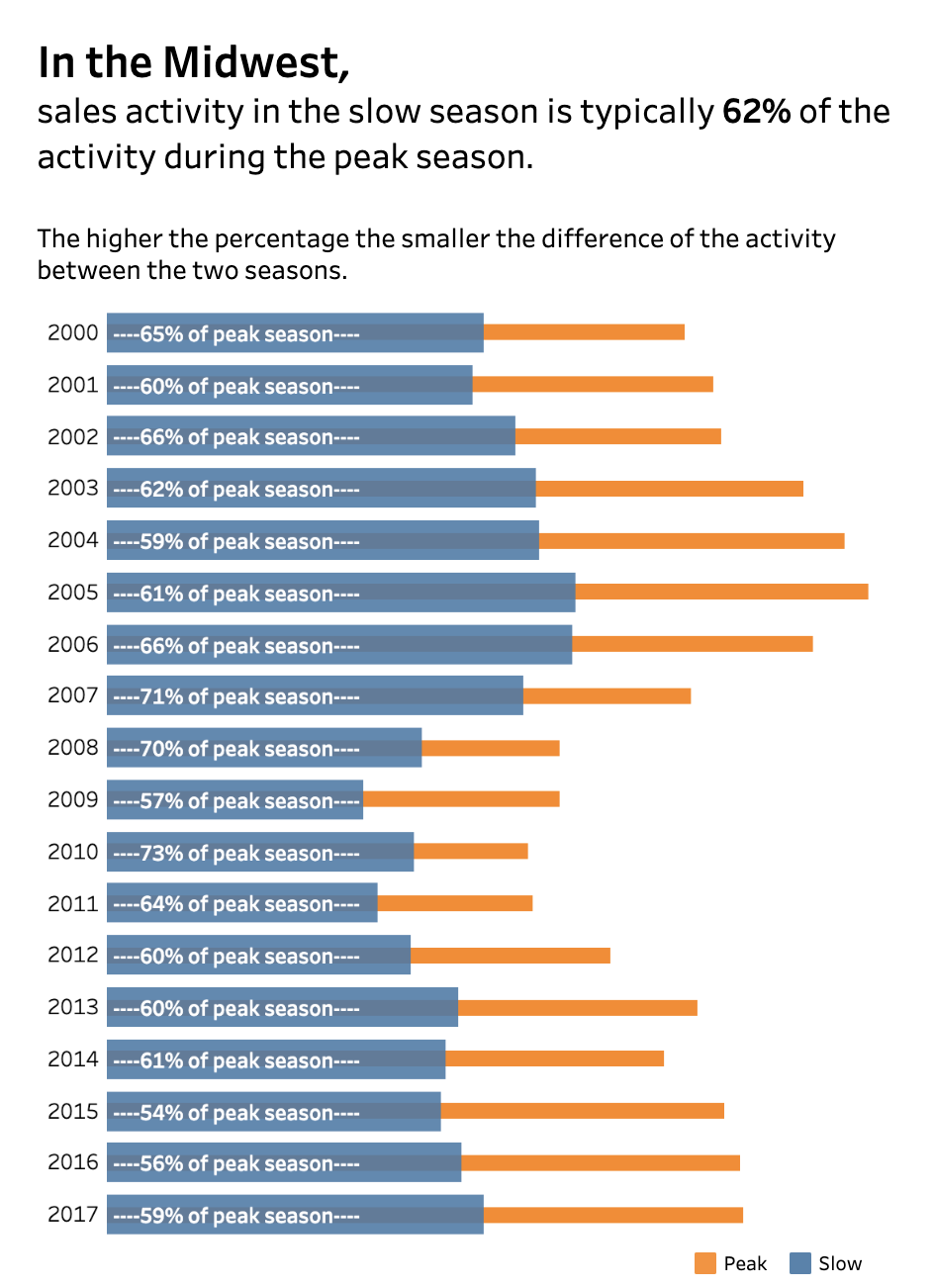 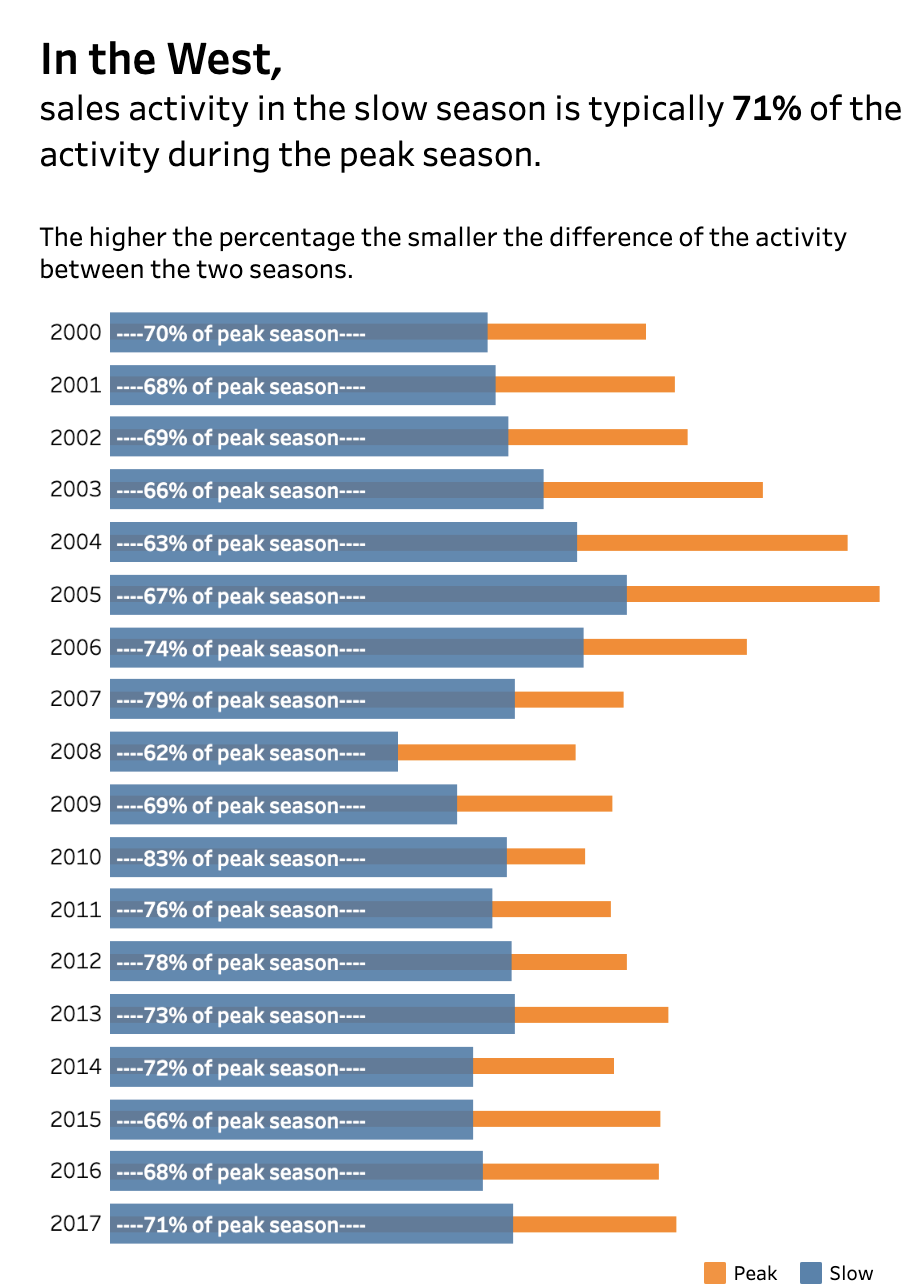 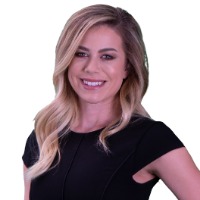 Why buy new? One word. Choices. From flooring to floor plans, energy-efficient features to flexible spaces, today’s new homes are built to strict, modern standards and offer a plethora of

What Is the Probability That Home Values Sink?

With the current uncertainty about the economy triggered by a potential trade war, some people are waiting to purchase their first home or move-up to their dream house because they think or hope

Freddie Mac, Fannie Mae, and the Mortgage Bankers Association are all projecting home sales will increase nicely in 2020.Below is a chart depicting the projections of each

If you’re thinking about buying your first home you’re probably wondering where to start. First time home buyers make mistakes all the time. This article is focused on the common

Should you require assistance in navigating our website or searching for real estate, please contact our offices at 702-827-1010.

The data relating to real estate for sale on this web site comes in part from the INTERNET DATA EXCHANGE Program of the Greater Las Vegas Association of REALTORS MLS. Real estate listings held by brokerage firms other than this site owner are marked with the IDX logo. GLVAR deems information reliable but not guaranteed. © Copyright 2020 of the Greater Las Vegas Assocaition of REALTORS MLS. All rights Reserved

By registering, you agree to our terms of use and that real estate professionals and lenders may call/text you about your inquiry, which may involve use of automated means and prerecorded/artificial voices. You don't need to consent as a condition of buying any property, goods or services. Messages/data rates may apply.